After a beautiful dedication ceremony at morning worship, 7 Island organists showed off the new Russell Pipe Organ.  Stephen and Carole Russell were in the standing room only audience to hear the fabulous sounds.  Phil Dietterich was the morning speaker and the expert member of the Organ Committee.  Chilmark Church is indebted to him for much:  For inspiring us with his words and music, for organizing the wonderful concert, and for composing a beautiful piece of music, “Chilmark Autumn” which he introduced at the afternoon concert.

When In Our Music God Is Glorified Hymn No. 68

No way to show how wonderful it sounded but here are some photos:

ORGAN BUILDERS AND THE ORGANISTS 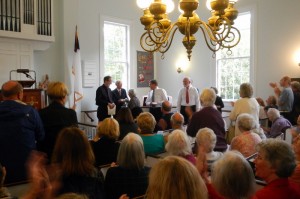 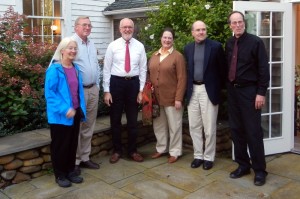