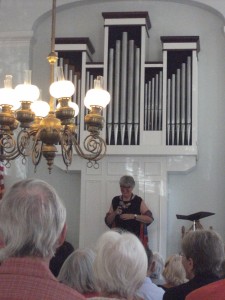 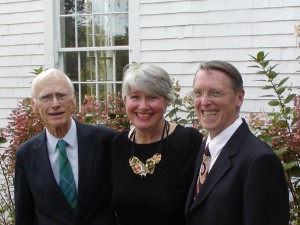 Phil played his original arrangements of two spirituals, Ride On King Jesus and There is a Balm in Gilead. 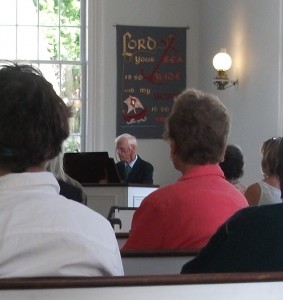 Richard played a stirring piano concerto, Allegro de concierto por piano by Enrique Granados,  that made the church instrument sing and shout.      But simultaneously to the concert was a silent auction which raised over $2,500. 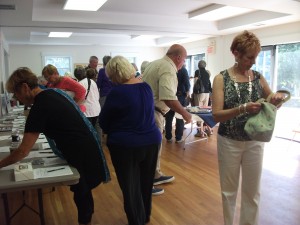 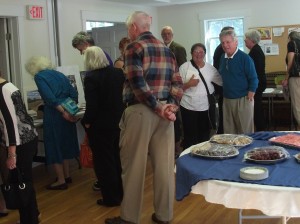 And prior to the concert Lia had fund raised for the steeple fund.
Lia’s good friends manned the auction: 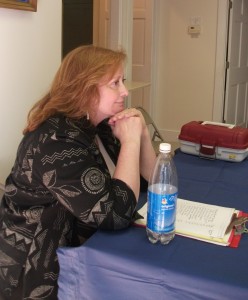 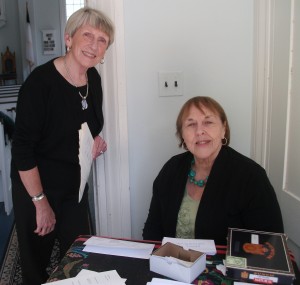 Not shown: Lia’s sister, Ann Nelson who was the usual backbone to the day’s proceedings.    Fabulous refreshments were provided by church members with their grateful hearts for this beautiful occasion that raised enough funds to repair and paint the steeple and replace the 80 year old cross that was damaged in Hurricane “Sandy”.